Before they are used for the safety case modelling from WP1, the models developed in WP3 need to be tested, verified and validated with support from the information gathered in WP2.

The strategy proposed in this WP is to select several tests at different scales and with several levels of complexity. The idea is to start with simple tests and progressively increase the complexity in terms of scale, coupled processes and initial/boundary conditions (Figure 4).

Laboratory tests: The first step will be to verify and validate models developed in WP3 on laboratory tests. The tests chosen for this task will be those which are very well controlled and instrumented and which contribute to understand the role of heterogeneity in swelling clay behaviour.

Predictive simulations: The third step will be dedicated to predictive simulations. One challenge is to make predictive simulations for swelling materials taking initial heterogeneities into account. A number of laboratory and large scale experiments are ongoing in URLs and a few of them will be selected to define blind tests. One of the criteria of selection will be to get relevant measurements during the project to be able at the end a comparison with numerical results. Successful modelling of these cases would increase the confidence in the models.

Assessment cases: The last step will be to use several models for assessment cases based on actual repository concepts and scenarios. Those cases will be defined within WP1. 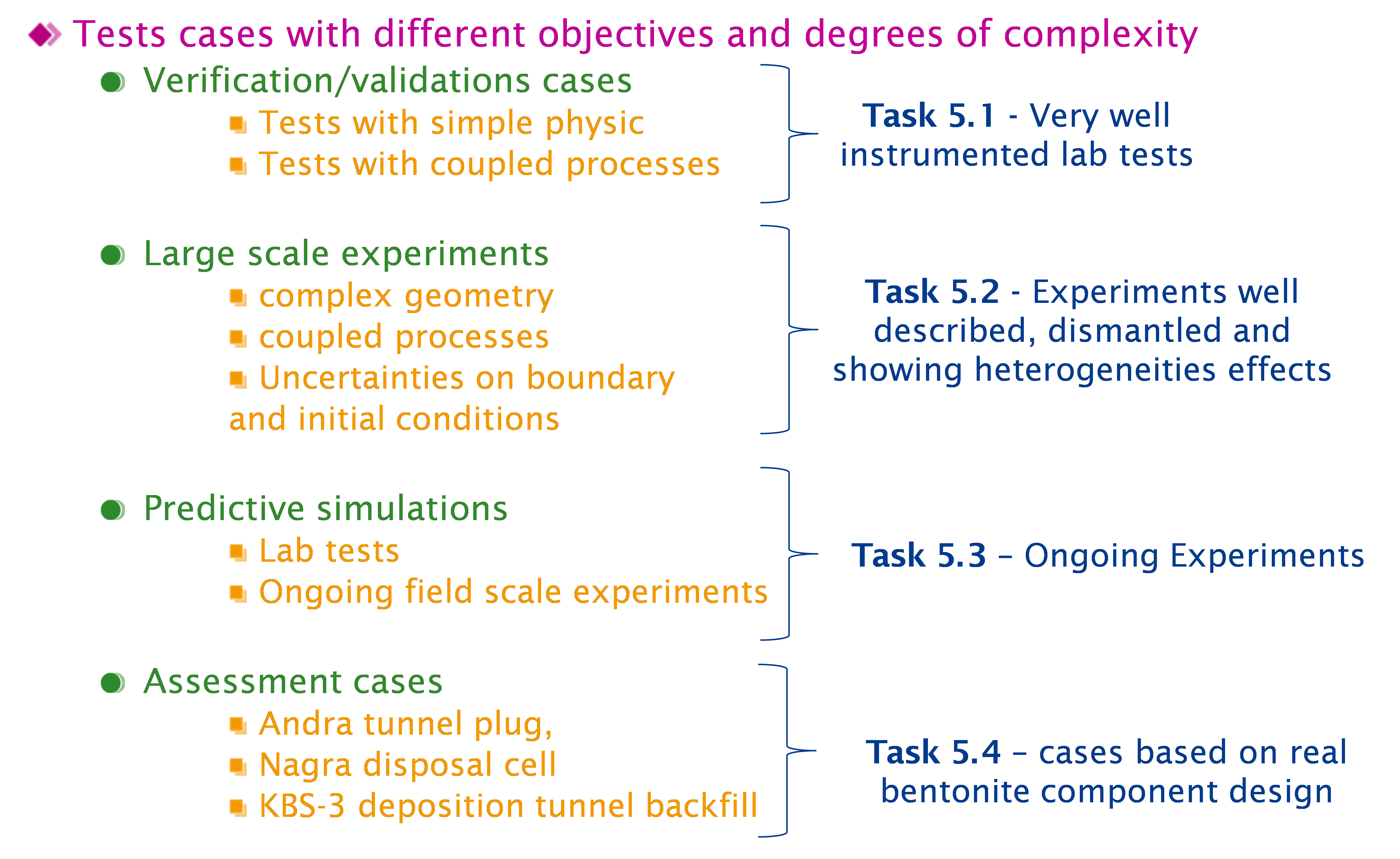 The workpackage will be divided into 4 tasks corresponding to each type of tests (Figure 4). There will be discussion with WP3 at the end and sometimes during each task, indicating clearly the strengths and the weaknesses of the models. Close relationship between WP3 and WP5 is envisaged.